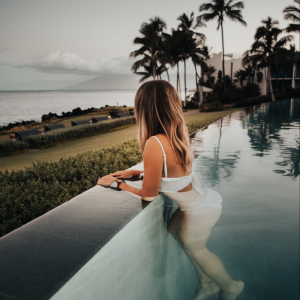 The most powerful city in its glory days, the city was named after Athena, the goddess of wisdom and courage. According to Greek mythology, both Athena and Poseidon desired to be patrons of the city and the honor of giving their name to the city. Athena triumphed in this competition when she offered an olive tree as opposed to Poseidon’s well. The vibrant city and the impressive civilization that once stood strong has left its mark on the city of Athens. Today, it is still drawing curious tourists from all over the world with its’ ancient mysteries. If you’re headed to Greece this summer, read on to find out where you must go!

Right next to the Greek Parliament, in Syntagma Square, is the Athens National Gardens. The perfect escape from the bustling city, the lovely gardens is a breath of fresh air to a tired traveler. Established in 1849 under Queen Amalia, the 15.5 acres is filled with lush trees and flowers, decorated with fountains and pavilions that give a romantic atmosphere. Perfect for a stroll with a loved one, especially on a hot summer’s day. Formerly a private royal garden, Queen Amalia commissioned for over 15,000 plants from all over the world to be planted. Today, the garden is open for the public’s viewing pleasure and it is perfect for families. Children can head on in to explore this luxurious almost labyrinth-like garden. Look forward to the small zoo in the heart of the Garden! Open to the public from sunrise to sunset, lose yourself in nature and enjoy a peaceful respite from the tiresome city life. To match the regal beauty of this place, this Giant Pink Crown Float Lounger is the perfect royal accessory.

Let your little one pick their BFF (Best Float Friend) for a summer full of adventures. Make a splash with the Kids Rose Gold Sequin Heart Float.

Here’s something a little special for you: a trip to the stars! With the latest advanced technology, this 360-degree planetarium projects large format films in digital or 3D. Set up by Eugenides Foundation fulfill the wishes of the late Eugenio Eugenides, a benefactor of Greece, this non-profit organization was established in 1956, to enhance the scientific and technical education in Athens.

Get ready to embark on a journey through the cosmos, through space and time! This planetarium provides an amazing novel experience for people of all ages. Perfect for a family outing, The Little Prince is offered as a digital show for the younger audience, but it appeals to the older members of the audience too. The audience is welcomed into the wondrous world of The Little Prince, as it unfolds in the 360-degree planetarium. Watch awe and amazement fill your child’s eyes as they too fall in love with the Little Prince of your childhood. This won’t be the only thing your kids will enjoy — this Kids Pastel Pegasus Unicorn Float will turn them into a Greek mythological hero of the pool!

Make a statement at your next pool party, summer vacation or weekend getaway with this super classy Golden Angel Wings Float Lounger! You’ll feel just like a greek god or goddess on this majestic float that was made for royalty!

The neighborhood of the anarchists of Athens, this is home to a community of left-wing activists and supporters. With graffiti sprawling across the walls “We Hate the Police”, political unrest is glaringly obvious in Exarchia, a neighborhood falling into ruins due to Greece’s collapsing welfare system. But the community has banded together, and now preach socialism and live by it. With a community sharing vegetable patch, canteens that generously offer a meal and accept whatever payment you can afford, and the community survives by trading and exchanging services.

The symbol of opposition and revolt to the establishment, the uprising of the students from Athens Polytechnic in 1973 led to the eventual toppling of the dictatorship. In 2008, the police murdered a 15-year-old student Alexandros Grigoropoulos, made headlines and outraged the world. Greece was engulfed in a state of political emergency, as social revolts and strife ensued within Greece, and in over 70 other cities, chaos erupted, protests were staged in a demonstration of solidarity, leading to clashes with the local police.

If you’re a politically-conscious history geek you definitely should venture in and explore. If you’re interested, tourists can also visit the National Archaeological Museum, or go cafe-hopping to try out delectable Greek cuisine.

Finally opening its doors to the public in 2009, the anticipation has paid off. After years of archaeological excavation splendid modern architecture was built to house the findings and every artifact from the Greek Bronze Age to Roman and Byzantine Greece. This stunning architectural design is built elevated by concrete columns above an excavated archaeological site. Explore the Makriyianni settlement and see the streets, homes, baths, and tombs of an ancient. The ground floor is even made of glass, for visitors to have phenomenal views of the archaeological site below. This 14,000 square meters building is certainly bigger than the old museum, allowing for proper curation and display of priceless artifacts for visitors enjoyment. A world-class museum, with top-notch facilities to offer, it definitely should be on your to-do-list for Athens. You’ll be super tired after walking around a museum all day, so kick back and relax in your hotel pool on this Giant Palm Tree Leaf Float Lounger.

Make a statement at your next pool party, summer vacation or weekend getaway with this super cute Rainbow Cloud Ring Float! Definitely a travel essential for anyone’s packing list.

Though it might not be as famous as the Acropolis museum, its significance is not diminished in the least. Situated in the heart of Athens, is a collection of 3,000 objects of Cycladic, Ancient Greek and Cypriot art. On the first floor, behold the impressive display of 350 artifacts from the Cycladic Era. The iconic minimalistic marble figurines, in its abstract simplicity and purity of form, has served as an inspiration to legendary artists such as Picasso and Modigliani. Head on to the second floor and wander into the ancient Greek civilization and rediscover the past with artifacts dating all the way back to the Bronze Age. Proceed on to the third floor, and prepare to look through almost 800 objects dating from the Chalcolithic to the Byzantine, Medieval, and Modern periods. It’s going to be another long day at the museum, but it definitely wouldn’t be a boring one! They say the goddess of love, Aphrodite, was born riding on a clamshell. Take it up a notch and give the goddess a millennial update with a Rose Gold Shell Float Lounger.

Make a splash at your next pool party, summer vacation or weekend getaway with these super delicious Strawberry Donut Floating Drink Holders! A must-have pool floaty to keep your beverages within arm’s reach (or literally just in your hands).

The patron goddess of Athens, Athena welcomes you with her glorious beauty and wisdom. Blessing this city with her strength and her intelligence and her wit, Athens was once a great civilization and has transformed into a metropolitan city. Yet this mystical city continues to showcase its roots in Ancient Greece with pride and honor while undergoing the very present modern economic crisis. The Greeks are still proud of their country and heritage, and they would be more than happy to share it with you if you would like to visit.

Float to Olympus with these Greek Island Hotels

18 European Lakes to Float Away On Your Vacation

Three ways to get your pool fix during the winter!

A Guide to Throwing the Sickest Beach Party